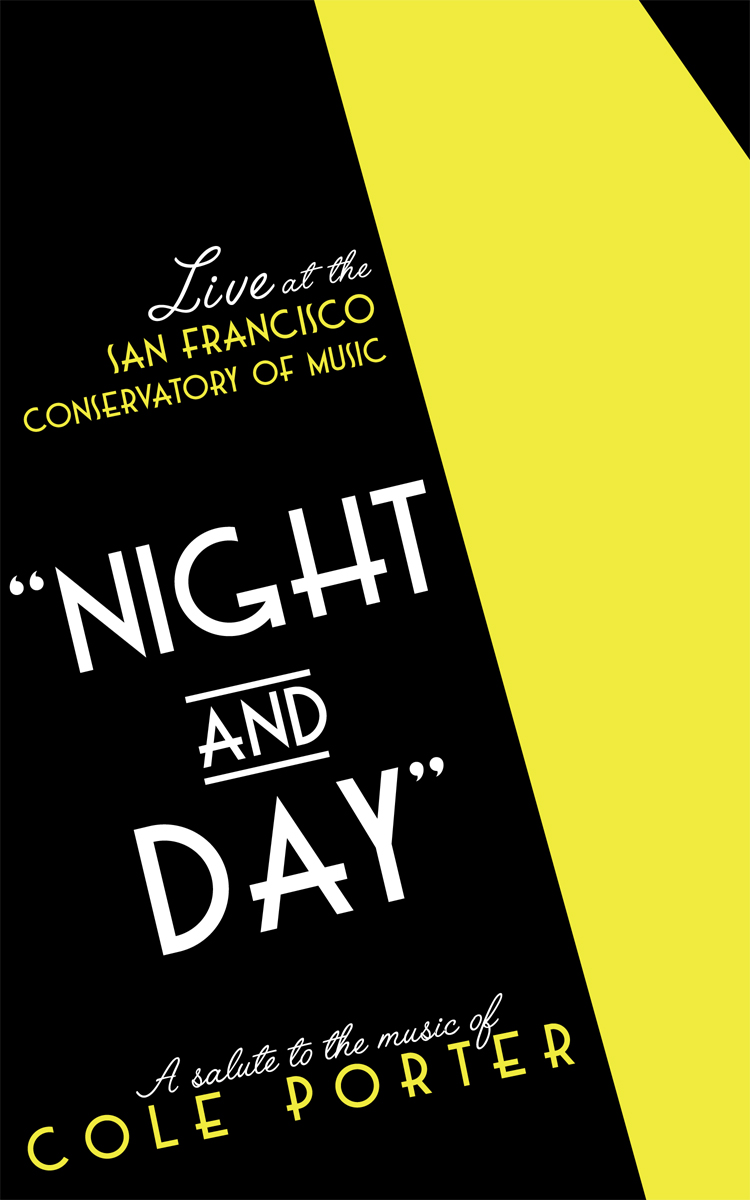 The show featured a selection of songs from the 20’s, 30’s, and 40’s  including Begin the Beguine, From This Moment On, Anything Goes, It’s De-Lovely, You’re The Top, Just One of Those Things, and My Heart Belongs to Daddy.

Cole Porter single handedly contributed hundreds of songs to the American songbook, effectively becoming the soundtrack for a generation. One of the most prolific artists of our time, Porter consistently put out original material for over fifty years, acting as composer and lyricist for a massive repertoire of unforgettable hits that have graced the stage and screen.

Night & Day was performed at the San Francisco Conservatory of Music, on August 30th, 2015.