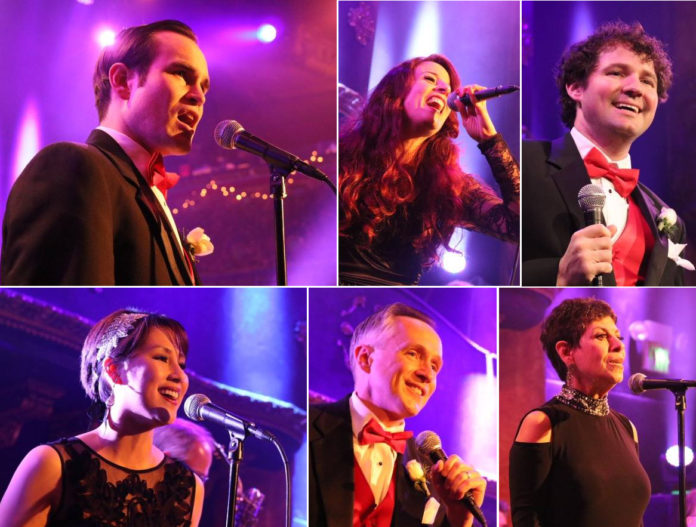 John Bisceglie presents “The Best of Broadway”, featuring a dynamic and diverse group of thirty performers singing songs from the recently Tony nominated shows, “Dear Evan Hansen”, “Fun Home” and “Waitress,” as well as time tested classics from “West Side Story”, “Sweeney Todd”, “Fiddler on the Roof”, “Evita”, “The Sound of Music” and more.

Including an exciting mix of composers ranging from Rodgers and Hammerstein, to Stephen Sondheim, to Jason Robert Brown, this new show celebrates both the most electrifying new hits and the ever enduring pillars of Broadway.

“The Best of Broadway” was presented at Taube Atrium Theater, housed in the San Francisco War Memorial Performing Arts Center.

Join our email newsletter today so we may keep you informed about our upcoming shows, discount offers and auditions for our productions.