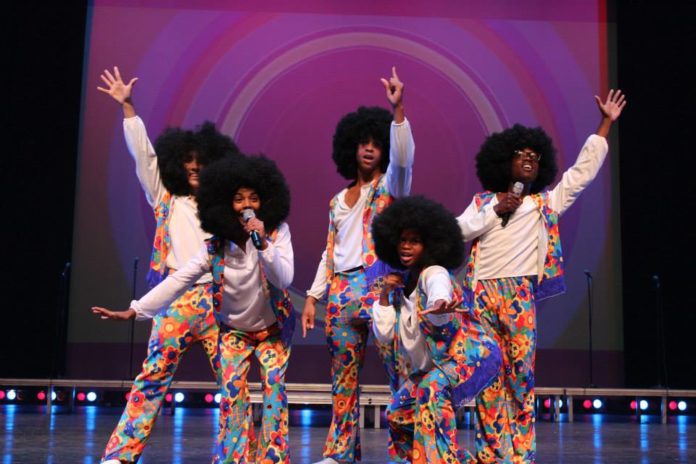 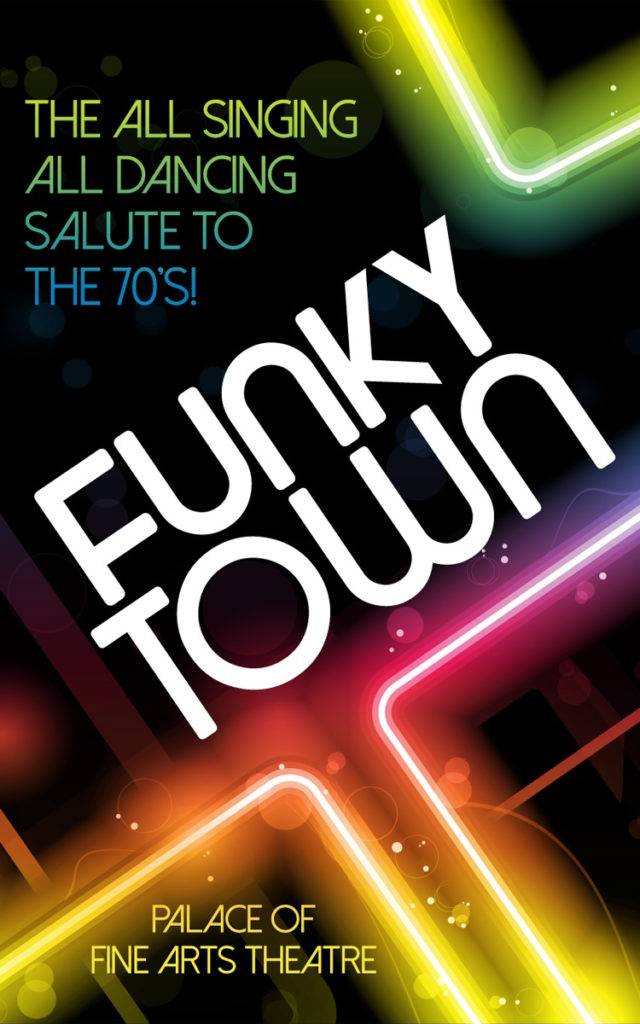 The summer of 2014 saw the premiere of an all singing, all dancing salute to the 70’s at the Palace of Fine Arts Theatre in San Francisco. Funky Town featured a hit parade of Disco, Funk, R&B and Pop classics, combined with unforgettable clips from memorable 70’s TV shows, movies & commercials. Over sixty local performers sang, danced, and roller skated to a groovy selection of hot hits that defined an era. This show included special guest appearances* by the likes of Gloria Gaynor, Barry White, KC and the Sunshine Band, Earth, Wind & Fire, Rick James, Sonny & Cher, Barry Manilow, Donny & Marie, Gladys Knight, Donna Summer, Captain & Tennille, The Carpenters, The Brady Bunch, The Partridge Family, The Jackson 5, Abba, The Solid Gold and Soul Train Dancers and more. Funky Town was a one night only blast from the past that performed on Saturday, August 16, 2014.

*Guest appearances were parodies and impersonations of well-known icons of the 70’s.