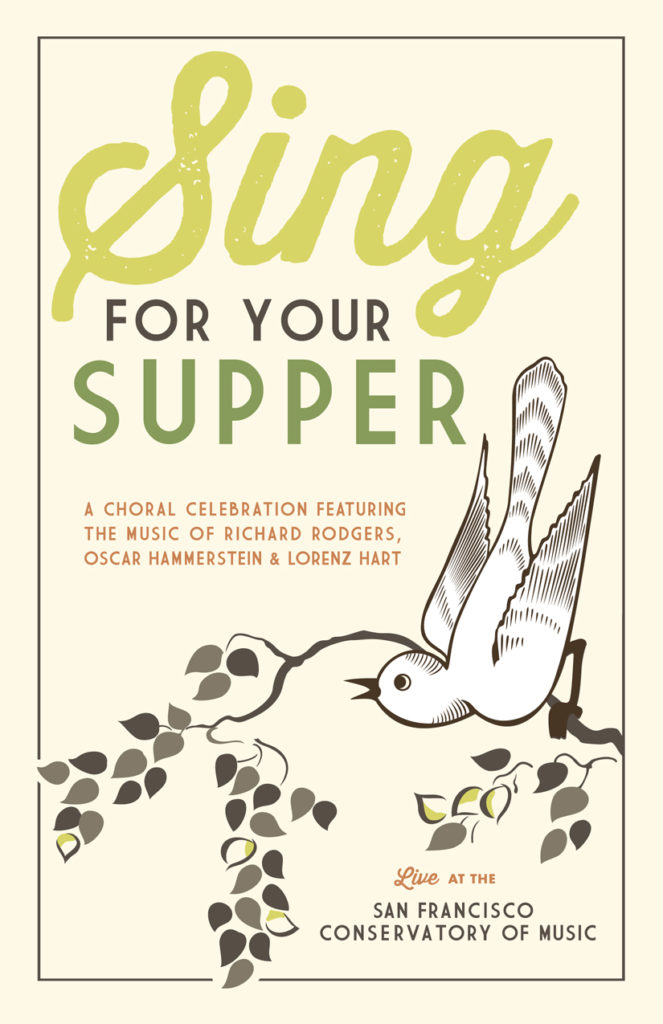 Over 60 local singers celebrated Richard Rodgers, Oscar Hammerstein & Lorenz Hart’s legendary contribution to the American songbook. This dynamic showcase featured a curated selection of beloved Broadway classics and popular standards that defined an era. Songs included, “My Romance”, “Where or When”, “I Could Write a Book”, “Isn’t It Romantic”, “Ten Cents a Dance”, “My Funny Valentine” as well as music from “The Sound of Music”, “Oklahoma”, “The King and I”, “South Pacific”, “Cinderella” and more.

The show was performed at the San Francisco Conservatory of Music on Saturday, August 2nd, 2014.